The Mission of Russian Bible Church is to preach the gospel of salvation through faith in the Lord Jesus Christ to all people, and particularly to Russian-speaking, to worship God in spirit and in truth, to study the Bible systematically, to understand the Scriptures broadly and to apply the Word of God intelligently in order to be effective disciples of Christ who reflect the character of their Lord in their Christian life and service.

Doctrinal Statement can be accessed here. 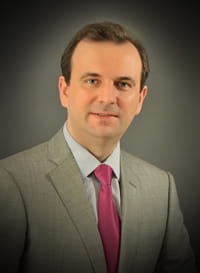 Dr. Joseph Lozovyy (Ph.D) was born in Christian family in the town of Electrostal, near Moscow, and was brought up in the home of a minister. At fifteen years of age he was actively involved in the music ministry at the Mitishy Town Evangelical Christian Baptist Church, where his father was the senior pastor. He also was playing in the orchestra at the Central Moscow Baptist Church. At the outset of the religious freedom in USSR in 1988, he participated in multiple evangelistic events in Moscow region and beyond and was very much involved in personal evangelism in the town of his birth. From 1989 as a member of “LOGOS” Christian Choir and Orchestra under the direction of Eugeniy Goncharenco, he took part in numerousevangelistic and charity concerts performing on big stages of Russia and abroad. In 1992 the family immigrated to the USA.

In 2007, having acquired a full set academic theological degrees, Joseph has relocated to the city of Dallas, in order to start a new ministry among Russian-speaking people. In 2008 he planted the Russian Bible Church in North Dallas to minister to the Russian community living in Dallas.

Joseph holds the degree of Bachelor of Arts (BA) in viola performance and music education from the Skryabin Music College (1991), Electrostal, Russia; Master of Theology degree (Th.M) from Dallas Theological Seminary (2003), Dallas, Texas; Doctor of Philosophy degree (Ph.D) in Hebrew Bible/Old Testament from the Edinburgh University (2007), United Kingdom. In 2004-05 he led his doctoral research at the University of Tübingen, Germany. His doctoral work Saul, Doeg, Nabal and the “Son of Jesse”: Readings in 1 Samuel 16—25 received recognition by the academic theological community and was published in 2009 as the part of the academic series LHBOTS 497 (T&T Clark/Continuum).

Joseph and his wife Violetta have a son.